Whatsapp to Stop Working on Blackberry and Nokia Devices

Whatsapp is the biggest instant messaging application in the world today. WhatsApp which was created and luanched in 2009 and acquired by Facebook in 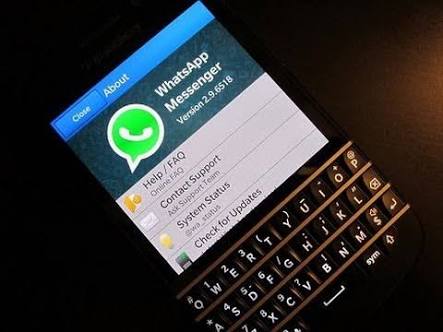 WhatsApp does not think that discontinuing support for Blackberry and windows devices would be a major setback for them as only a very small and almost insignificant percent of their users are from Blackberry and Windows OS.

An unofficial reason for this decision by WhatsApp suggests that WhatsApp which was acquired by Facebook in 2014 is not generating much revenue for the company and therefore they have decided to improve on their services which will require them to rewrite a mojor part of their code and thereby resulting to its inability to run on the above listed Operating Systems.

According to Techpoint.ng, “It seems that Jan Koum (WhatsApp cofounder), has been rethinking how WhatsApp will make money for its investors by “copying” WeChat’s monetization playbook. WhatsApp did not have a real revenue model when it was acquired by Facebook for $19 billion in 2014. From available records, the 2014 Facebook Form 10-Q showed that the nine months preceding September 30, 2014 when Facebook acquired WhatsApp, it had only generated a paltry revenue of $1,289,000. This money was made by charging users an annual fee of $0.99 after the first year. Even this fee was waived to enable the app gain adoption in most markets”.

This will be a major blow for Microsoft and Blackberry as many people see WhatsApp as the best way to keep in touch with friends and therefore would affect their sales when this project is finally executed by WhatsApp Inc.

Do you think it is a good thing for WhatsApp to end their cross – platform support?