Facebook to End Support for Blackberry and Windows Devices

Earlier this month, we published an article about WhatsApp intention to end support for Blackberry and Windows operating systems. As if that 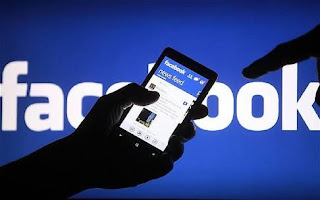 Earlier this month, we published an article about WhatsApp intention to end support for Blackberry and Windows operating systems.

As if that was not enough bad news the BlackBerry and Windows OS users, Facebook has quickly followed in the same footsteps to end support of their API apps for the operating systems too in just less than two months.
BlackBerry has been struggling to stay in business for over three years now and the decision by Facebook and WhatsApp to withdraw their support for the blackberry OS could just bring about the death of the company if nothing is done quickly.
Facebook and WhatsApp have been the two largest social networking and instant messaging apps in the world as almost every mobile phone user uses either of the apps to stay connected with friends and family and therefore making it almost impossible for a person to buy a high end mobile device that would not support both apps.
Facebook announced in a statement, “While these mobile devices have been an important part of our story, they don’t offer the kind of capabilities we need to expand our app’s features in the future”. The company would also be clicking the unfriend button on Windows,  Symbian S60 and S40 operating systems and also for Android operating systems below ICS.
In reaction to this decision,  Igazzola who is a head of Blackberry’s App Ecosystem and Developer Outreach team, wrote; “The app landscape continues to evolve, and in ways that are not always within our control. Recently, Facebook made the decision to discontinue support of their essential APIs for BlackBerry and WhatsApp announced they would end support for BlackBerry 10 and BBOS at the end of 2016.
We are extremely disappointed in their decision as we know so many users love these apps. We fought back to work with WhatsApp and Facebook to change their minds, but at this time, their decision stands (but let them know how you feel on social media, using the hashtag#ILoveBB10Apps). Despite this, we have worked hard to ensure our end users have the best experience in light of this decision, and are continuing to search for alternate solutions.
Our commitment to BlackBerry 10 and to developers has not changed – we know our developer community continues to be one of the strongest proponents of BlackBerry 10 and they are creating thousands of apps every month. As a way to support them and to promote new apps, we’re now featuring some of the best native applications on BlackBerry World in a list called “Great Apps on BlackBerry.” The category will be a list of 20 applications, featured for two weeks, once per month, similar to the way we feature apps on the BlackBerry World Carousel. We’re also continuing whenever we can to invest in apps important to users, such as the update to the Twitter app released today with important fixes and another update coming in a month with new features. This ensures that our many BlackBerry 10 customers have the best OS and apps possible.
We look forward to new apps and new customers on BlackBerry 10 and thank our developer community for their continued strong support” on Blackberry’s blog.
Do u think Blackberry would survive this decision? I personally think Blackberry would have no option than to fully start running Android Operating System on their devices and also provide an update for the existing BB10 devices.
You can share your thoughts with us in the comment area below.
News 2