I know how disturbing and painful it could be some times when we have to miss our favorite TV shows and programs due to one reason or the other that we can not avoid. I love soccer so much that I rarely do any other thing during the weekends but sometimes, I cannot avoid being away from home during the match hours. So, I use my Android phone when I could for watching live football matches.
Today, I would be writing on the top 10 android apps for watching TV on Android Phones. Download links to the various applications would be provided also.
Note: The Android Apps for Watching Live TV listed on this website are wholly ranked based on my personal instincts on which one I think is better than the other and does not in anyway try to promote any of the selected android applications.

Disclaimer: Not all the images shown on this post are hosted by us and we do not claim ownership of any of them. We have published over one article on mobdro already and I would still be talking about it in this post. Mobdro has always been one of the best android apps for watching live TV. Mobdro is loaded with a lot of live TV channels in different genres which incude;

Click here to see the list of Channels contained in mobdro and also know more about the app.

The second best android application for watching TV on our list is LiveNow TV. With LiveNow TV, You can watch your local channels or select from a huge line-up of channels from the US, Europe, Latin America and Asia. Watch live Sports, News, Lifestyle, Movies, Shopping, Kids and more. You can also watch in HD and also record you favorite TV shows for just a small cost when you get the LiveNow TV Plus.
Click here to Download the aplication SPB TV takes the third position on our list of best apps for watching TV on android devices. SPB TV is a free application for watching TV on your Android device. With SPB TV, you can watch over 200 TV channels from all over the world. SPB TV supports the use of Chromecast, Miracast and WiDi. Click here to download the app from Google Playstore.

WSS is another android application for watching live TV. World Sports Stream as the name implies focuses on delivering live sports event at real time to its users. This would have been the best android app for watching TV because of its simplicity and steady upgrade, but it is only making fourth on this list because it is limited to only the sports and movie genres.

Some of the channels in WSS include; Crackle is the fifth android app on our list of top 10 android apps for watching TV. If you are looking for a place to watch free TV, movies and exclusive originals online and on android, Crackle is your best choice.

• Stream Crackle on all your Android devices along with Roku, Apple TV, PlayStation, Xbox and more.
• Make a list of your favorite movies and TV shows to watch later.
• Create a free account to save your place and pick up where you left off on any device.
• No authentication or cable subscription needed.
• Watch your favorite Crackle original programs: Jerry Seinfeld’s Comedians in Cars Getting Coffee, Joe Dirt 2, Sports Jeopardy!, SuperMansion and more.
Click here to Download Crackle Android App from Playstore

Read Also: How to Take Screenshots on PC • Watch live and recent videos, discover upcoming events
• Broadcast live to any number of viewers using the camera of your device
• Manage and re-share your Ustream recorded videos
• Interact with your audience by chatting
• Access your followed Ustream channels and events that you’re attending
• Enjoy your Ustream Premium Membership ad-free experience on your device
• Go live right from your Home Screen using the new Quick Broadcast widget

HD Broadcasting
Broadcasting in 720p HD and 360p HQ is available on the following devices:

If you are looking for a place to watch the latest TV shows on android devices, NBC TV Network android application would be the best app for you.

CHROMECAST
With NBC, you can cast your TV shows from your mobile device directly to your TV.

NBC LIVE STREAM
Want to tune in while on the go? You can also watch live TV using the NBC TV android app.

NBC CLASSICS
Watch hundreds of episodes of classic shows like Amazing Stories, Arrows, Game of  Thrones, Game of Silence and many more.

CONTINUE WATCHING
Pick up where you left off when returning to an episode you haven’t finished watching.

Fox Now is the 8th best Android App for watching TV shows on our list. Sign in with your TV provider to watch all available episodes from the FOX primetime lineup, including all episodes of the current season for many shows.

FilmON has been one of the best android apps for streaming live TV and TV shows. FilmON has a close similarities with LiveNow TV which is second on this list of top 10 android applications for watching live TV.

With FilmOn, you can watch local TV from the USA, UK, Germany, Italy, Asia and the Middle East in your area as well as over 200 Live TV Channel. Click here to Download FilmOn android app from Google Playstore

The CW Network android App is the last on this list of top 10 best android apps for watching TV. The CW App is the easiest way to watch FREE, FULL EPISODES of all of your favorite shows whenever and wherever you want. No registration is  required, just one tap and stream shows like Blindspot, Game of Thrones, The Flash, Arrows, Heroes etc.

Features:
FULL EPISODES: you can watch the latest episodes of every primetime show on The CW on demand.

PUSH NOTIFICATIONS: Subscribe to get notified when your favorite TV shows air and when they’re available to watch in the app.

Thank you for reading to the end of this post. If you think there is any other Android Application for watching Live TV and TV shows which should have been in this our list of top 10, Tell us about it on the comment session below so we could review the app and make any necessary adjustment and inclusion to the list. 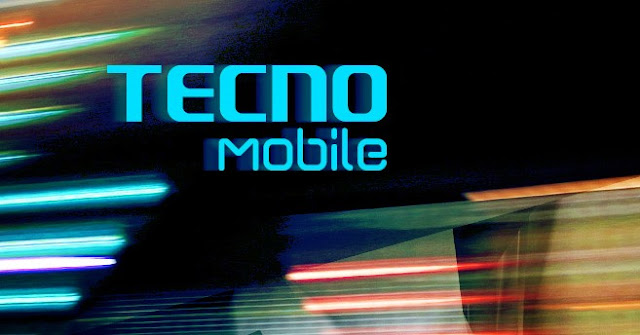 How to Flash Tecno Mobile Phones with SP Flash Tool

How to Use 301 Redirect on Blogger: Republish Old Posts in a New Url

How to Disable Copy and Paste on Blogger Posts 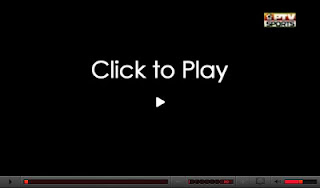 How to Stream Live Football Matches

Top 10 Android Applications You Must Have in 2017